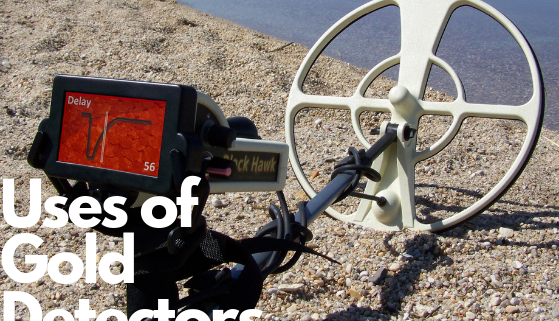 Gold detectors are being used for several decades now, but over the period of time as technology evolves, people find more than one way to use and incorporate such practical devices in their lives, no matter what their professional orientation is. Here are some of the uses of gold detectors:

Modern explosive materials comprise of many metallic components which enhance their damage level as well as give the electrical force to ignite the explosion. Landmines are one of them and because they are usually rigged underground, and can be wired or wireless. But wireless technology fails to work in presence of security protocol jammers so wire based mines are more effective. This is where gold detectors become useful to pinpoint the exact location of the mines so the security crew could safely extract on 2-4 inch depth and diffuse it.

Pipes which are not easily found especially when buried around constructed structures or underground, then gold detectors and metal detectors could be used to see where is a metallic gas piping or sewage system so the actions could be taken according to it to ensure safety and prevention for their damage before digging around them.

When the surrounding area comprises of populated area having several residential, commercial or industrial setups, then it becomes more likely that detecting cables and wirings become crucial. Gold metal detectors can detect and differentiate between different forms of electrical wirings including copper, aluminium wires etc.

The objects which were lost or buried accidently underground or underwater can easily be found if they are made up of gold or other detectable metals. We have seen multiple cases where people lose their jewelry item, handheld electronic devices and so on in some area they cannot tell, and these detectors come in handy that time.

Diamond and Precious Stones in Jewelry?

Breaking up the element of surprise, yes diamond and other precious and semi precious stones from jewelry can be detected from gold detectors. How you say? Because of the possibility that diamond or those lost stones are embedded in a metallic component which holds it together with the piece of jewelry. For example if it is a diamond ring, it would be embedded in a gold or platinum base. So gold detectors are able to pick up signals for them.

Not only the metal dispersed under the ground but the one which was dropped into the pond or well could also be detected using many advanced underwater gold detectors. Because they are designed to work specifically in an underwater environment and pick up the magnetic rays from the lost object efficiently. According to a recent report, lacs of jewelry items are lost yearly in Pakistan.

Although this might seem like the prime purpose of gold detectors, people sometimes forget how important this use is. Because it can be a mean of earning money with so much potential as the objects buried underground hundreds of years ago are hard to claim by most of the people in today’s world.

Detectors can reveal various rocks with ferrous compounds or metallic layers embedded in the sediments over the period of their formation. So some of those rocks would respond to the gold detectors and these can assist in geological research.

[BUYERS GUIDE] Why buy Gold Detectors from us?

Role of Frequency in Gold Detectors 2019 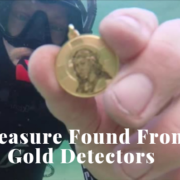 What Are Gold Detectors?