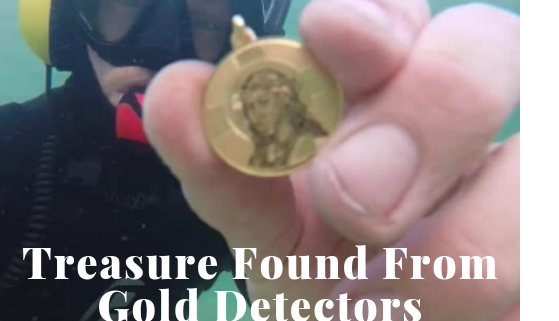 Gold detectors from around the world engaged in powerful and rather successful treasure hunting experiences. And news channels are interested to cover the rarest and most interesting stories about such discoveries making it attractive for beginners to seek a deeper interest in this field. Here are some popular and recent examples published as news stories of treasure found from Gold detectors having so much emotional or economic value.

A Treasure Hunter found a gold grad ring from 1965

A man who is a chiropractor professionally and a treasure hunter as a hobbyist, found a graduation ring from 1965 in Killarney Lake, Fredericton. The ring had the year engraved on its side and the logo of the high school at the front, a school which was non existent at the time they found the ring. It was 10 karats gold ring of size 7, and the treasure hunter was determined o find the owner. He found the list of 10 female graduates and shortlisted to 4, then reached them out via social networking site. He found the owner of the ring and sent her via mail. Previously, he also found a wallet with 2 Canadian dollars and a student card, whose owner was also satisfactorily found. The treasure hunter finds peace in returning long lost items to their rightful owners.

Metal Detector Finds the Wedding Ring Lost in the 1970s

A resident of Tenessee Mr. Wesley WHite during an occasional visit to his mother in his senior care facility overheard that one of her fellows lost her wedding ring in her garden 50 years ago and could not find. Her son said she always missed her ring and how she was unable to find it. Mr. White decided he would fetch his gold detector and have a look around the location. He found the ring buried 5 inches under the ground in about 90 minutes and gave it back to her after 50 years. She happily expressed how the ring would be a family heirloom now and thanked Mr. WHie, a retired person and treasure hunting enthusiast for his tremendous efforts.

A local treasure hunting hobbyist in Western Australia found a huge gold nugget of about 49 ounces or 1.4 kilograms about 18 inches below the ground. A local shop posted the image of the gold nugget in comparison to a regular-sized coin on their Facebook page. They were then contacted by the BBC news for an elaborate report. The particular town is famous for the gold deposits and many of the people are earning through gold prospecting as their primary mode of income. Others indulge in it as a hobby but also earn sufficiently.

Importance of Coil in Gold Detectors
Scroll to top