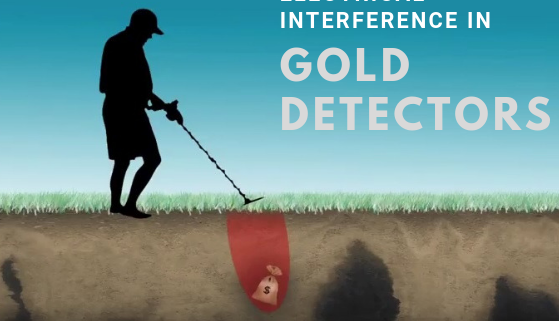 What is Electrical Interference

Electrical Interefernece is the distortion in magnetic field caused by surrounding metallic objects or systems having electricity running through them. If those structures are close enough to get  the magnetism of the gold detectors. Then by absorbing eddy currents they will emit a magnetism of their own which would in return effect the functionality of a gold detector.

Large metallic objects or a network of wires or pipes held above the ground will cause significant distortion in detectors because the medium of conduction is air. Includes the metal from wirings, pipings, construction structures, etc.

The metallic fences built around sensitive buildings for security having harsh edges on top and electrical current flowing through them are also a very important indicator or actor inducing electrical interference.

The network of landline telephone cables laid around below the ground or above can cause electrical interference for the gold detecors as well.

Although most of the hardware in the gold detectors is made from non metallic items such as wood and quality plastic, as conduction of electric current is required, it cannot be done without some metallic conductors in the form of the coil, wires attached to the battery and the battery itself. This can cause a built in noise from detectors.

Bluetooth, wifi, and network connectivity in the modern-day cell phone also have the potential to distort the gold detectors via electrical interference and it becomes challenging for the gold detector users because such devices are usually very helpful in the field for connectivity but the mobile phones along with other portable and helpful devices must be kept away to ensure maximum possible sound or noise cancellation.

You can buy all types of detectors form Pakistan Detectors